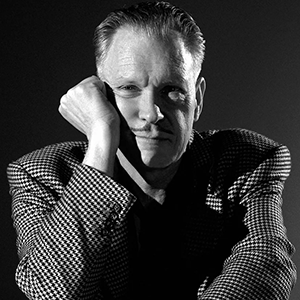 Casey MacGill plays rhythm on the ukulele with a super-solid feel supporting his stellar vocals. Whether it’s his classic swing strum, the groovy shu”e strum, or the sensuous rumba strum, he brings a deep pulse to the music.

MacGill began strumming during the folk music scare of the early 60’s, busked movie lines for Easy Rider, appeared on the Tonight Show, the infamous Gong Show, the movie Frances, and opened the Broadway show Swing! playing his uke.

He shares his intuitive feel for the instrument with audiences and students all over the world at festivals and workshops, and demonstrates why It Don’t Mean a Thing if it Ain’t Got That Swing.

With his former Seattle band, The Blue 4 Trio, Casey released 3 CDs, the most recent of which is Barrelhouse. The band toured extensively in Europe.